Kev and I recently celebrated one year together (I know, I’m also in shock!). To celebrate I decided that we needed to do something. Why not a trip to London?

I regularly get emails from Applause Store. They give out audience tickets to various shows for ITV in the UK for free and they also cover other places around the world. The downside is, you’re not guaranteed the tickets but they do let you know at least 48 hours in advance if you have been successful. Worth the risk!

We are both big fans of Catchphrase – a British quiz show where the contestants have to ‘say what they see’ and name a famous catchphrase by watching a big screen and guessing. We have both been watching Catchphrase since we were kids (which was a long time ago, longer for Kev!) so when the tickets become available, I jumped at the chance. I booked time off work and blocked out the dates in Kev’s diary to make sure that if we got the tickets, we could go. We didn’t just get the tickets, we got PRIORITY TICKETS!!

Luckily we had plenty of notice so we booked a hotel in Paddington. The plan was to arrive in London in plenty of time, book into the hotel and make our way to London Studios, taking in some sights along the way. Now it’s been a long time since I went to London and the same for Kev. I did a bit of research about where we were staying and how far away we were from the studios ready for the tube. I found out what tube station we needed and what times the trains were. What I didn’t take into account was the price for the tube. I would suggest if anyone is going to London and is making more than one journey, to research an oyster card (which I didn’t do!). I would also advise to research what the distance in walking is because we ended up paying nearly £20 to go 3 stops when it was only a 20 minute walk! I must say though, I did enjoy going underground, mainly because I have an obsession with tunnels (seriously, ask Kev how excited I get when we go through the Newport tunnels when we’re on our way to see his family in the West Midlands!) 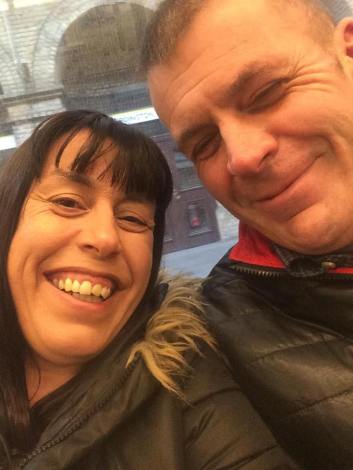 After a lovely walk down the South Bank, stopping in McDonalds for a bit of food and to an arcade where Kev won me a Minion (who also by the way is called Kevin!), we got to the studio. Joining the queue of people that also had ‘Priority Tickets’, we started talking to quite a few people. It turns out that we were the only Quiz Show ‘Virgins’. One mother and daughter had been to so many shows, they couldn’t remember them all! I suppose it does help that they live in London. We also started talking to a married couple that had done a few. After talking to them for a few minutes we realised that they actually only lived around 30 miles from us and Kev had even done a job in their area. What’s the chances in going all the way to London to stand in a queue with 2 people that lived just down the M4 from us!

After standing around for around half an hour, the queue finally started moving. It was then I realised that I still had the Minion in my hands. Believe me, I took a lot of stick from the Security Guards, with a number of them jokingly telling me that they had a strict policy of ‘No Minions in the Studio’. By the time we sat down, I had probably heard the same joke several times and was fed up of telling people that I hadn’t intentionally brought the Minion to the studio! 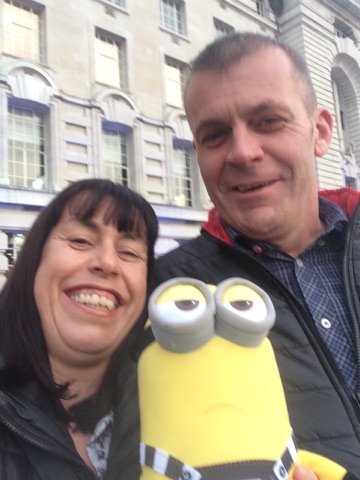 I have to at this point, give you some advice. The studio was absolutely freezing, so if you plan on going, make sure you wear something warm! We were told that the reason it was so cold, was to keep the big computer cool. I don’t know how true this was but when we go again, I will be taking a hat, scarf and gloves!

We clapped, we laughed and Stephen Mulhern – the presenter, was absolutely brilliant. He took time to talk to the audience. He got us all involved and made us feel really welcome. I also have to say that the Comedian they had to keep us entertained while they moved the cameras around was very funny and kept us entertained by getting us involved in an audience karaoke and threw sweets into the audience (I didn’t get to have any, seriously, you wouldn’t believe how competitive people get when it comes to free sweets!) 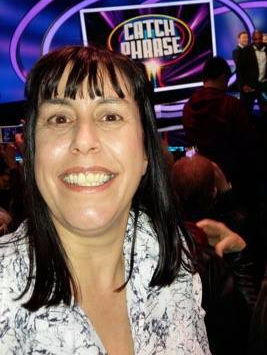 Obviously, we took a few pictures at the end of the show!

After it finished, we made our way back to the tube, ready to head back to the hotel, stopping off at a pub just across the road from the hotel for just a few night caps! The following morning we planned on going back into the City to do a couple of sight seeing things. Which included a stop off at Paddington Station for me to have a picture with another childhood icon, the one and only Paddington Bear (not the real thing, a brass cast of him that sits in Paddington station). We also wound our way down to Baker Street (me and Kev are both big Sherlock fans) and stopping off at Oxford Street for a bit of shopping (not posh shopping you understand, we went into Primark as I wanted a ‘Thumper’ Jumper that had sold out in my local store). 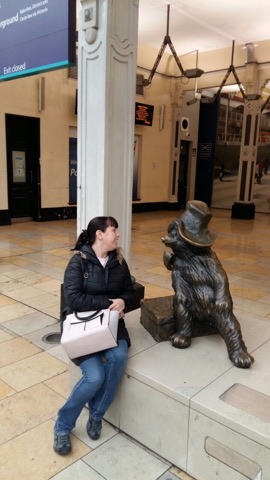 We even took in the Marble Arch before winding out way back down Baker Street to head back to the car to make our way back home.

I have to say, we thoroughly enjoyed our time in London and plan on getting more tickets in the near future and will be making a return journey. Who knows, maybe next time we’ll get to Buckingham Palace and meet the Queen!