As you have seen in my last blog ‘A week off’, Kev and I were suppose to have a week off work together but life decided to get in the way. Kev had to find work quickly, which thankfully happened.

A customer saw the advert and rang to book him (I know, nobody talks to each other anymore so I was very surprised when his phone rang!). Kev arranged to go and see the work they wanted him to do. They said that they needed their hall, stairs and landing papered, which Kev can do, but he likes to look at the job before he agrees a price.

He come back from the quote very positive, it was a lovely local job that he could start the following day. He tried, as usual, to persuade me to go along with him, to which I gracefully declined (I didn’t scream the words NOOOOOO at him, honestly).

The job started well. On the first day he started striping the wallpaper off. Then, after a couple of days on the job, I had a phone call from him. He told me he was coming home because the police were on their way (I have to point out that this was nothing to do with Kev!)

I waited eagerly for him to come him because by nature I am a very nosy person! It turned out that another family member had turned up and started arguing with the customer. The customer told the person that they had a decorator in, to which they replied, ‘I don’t care about the decorator!’. This as you can image, offended Kev (not to the point that he felt the need to step in thankfully). They went out the back garden while Kev got on with working (trying his best not to listen). When the customer came back in, they had blood on their nose.

This was the point that Kev decided that it was best that he left (he didn’t really feel like getting pulled into a family feud!) 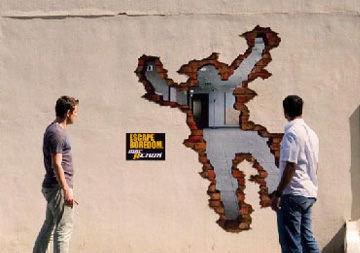 When he got home, my son, Josh, told him that he will probably get a phone call from the police. Kev told him not to be silly, it was just a family argument! Ah, but he was so wrong. Within half an hour of him getting home, he had a call off the customer that told him that the police wanted to take a statement from him! He told them over the phone that he hadn’t really seen or heard anything but they still needed him to sign a statement.

Within an hour of Kev being home, we had a lovely Police woman in our living room going over what he had saw and heard (which wasn’t worth writing down) and had him to sign an electronic device thing. She said that nothing was going to happen as neither party were pressing charges and that he wouldn’t need to do anymore. She also told him that the customer said that they would see him the next day.

He went back the following day as if nothing had happened and got on with the work. Why should a family argument stop a determined workman from completing his work!

Now Kev has been a Painter and Decorator for a while but he has never had to make a statement to the police. I told him that maybe it had been better if we had gone away!